Here is the screenshots’ review of LSI LSI00415 MegaRAID 9361-4i SGL controller with CacheVault Accessory kit LSI LSI00293. The controller has 3 hard disk and an SSD for the cache vault.
As you can see we use LSI, but in deed this is the AVAGO controller. First it was LSI, which was acquired by AVAGO and then AVAGO acquired Broadcom and rebranded to Broadcom. It is good to know it how these names are connected, because any controllers still use them in BIOS, management console cli, manuals and so on. You are going to see that in the controller’s BIOS and controller initialization boot up you can read only AVAGO – no LSI or Broadcom. Probably the most famous and familiar name of the three company names is LSI (hardware controller).
The screenshots are from the BIOS of “LSI LSI00415 MegaRAID 9361-4i SGL” with LSI LSI00293, CacheCade and LSI LSI00418 LSICVM02 – CacheVault Accessory kit.

So as you see you need two additional features to have a SSD as a cache device in your LSI (AVAGO/Broadcom) controller!

SCREENSHOT 1) Booting the controller and checking the devices.


SCREENSHOT 2) The controller initialized all connected devices and is ready for use.

A few seconds to enter the controller’s management utility by pressing CTRL+R. You can see all devices are encountered including virtual devices if they exists. This controller has 3 hard drive connected and 1 SSD, which will be used for caching. No configuration is present at the moment. If the controller does not show you the last line with CTRL+R probably it hang and you should remove hard drive devices.

You have “Create a virtual drive” – a raid setup, “Clear Configuration”, “Create CacheCade virtual drive”, “Disable Data Protection”, “Advanced Software options” and “Manage SSD Caching”, where you can mark which virtual device can have a SSD cache. 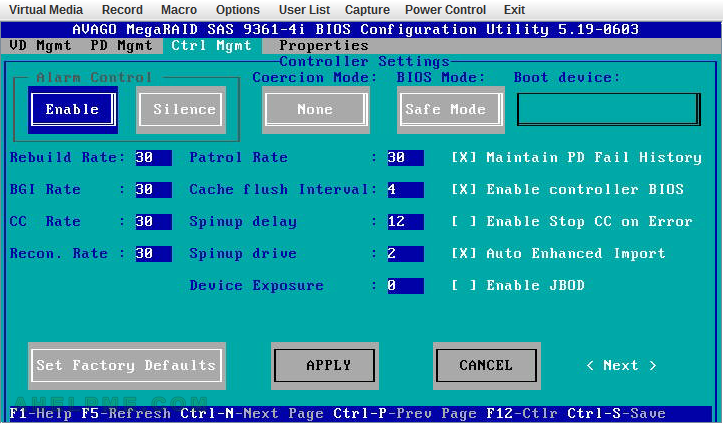 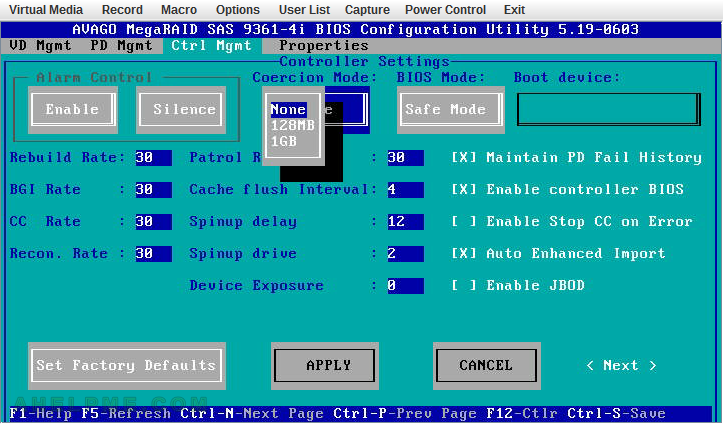 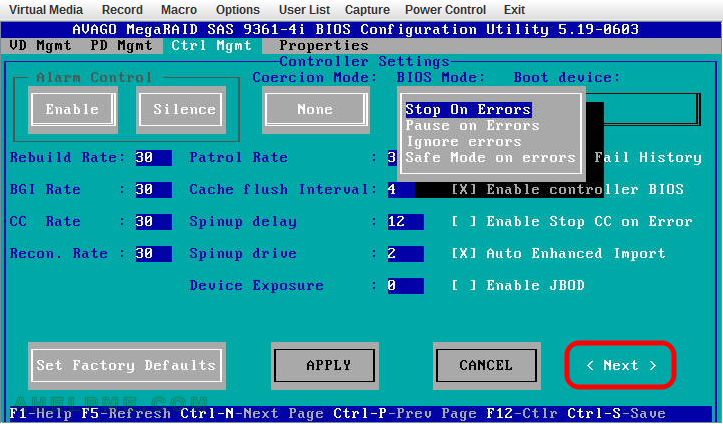 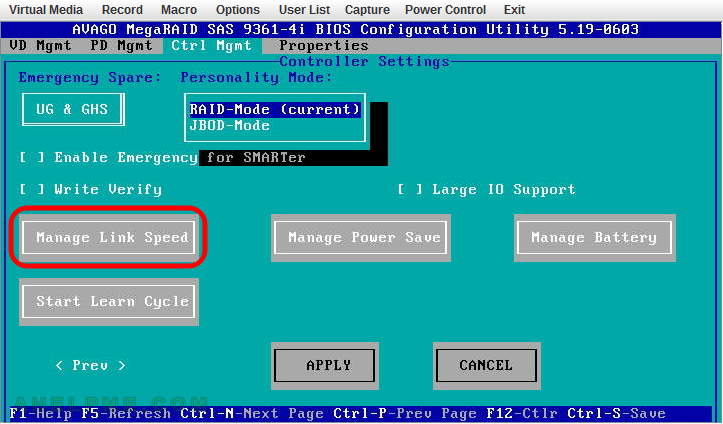